Robbie went to Royal Military Academy Sandhurst in 1969 and was commissioned in 1971.

He read History at Fitzwilliam College, Cambridge from 1972-75 and left the army in 1989.  Robbie has 29 years experience in health, social care and children services in executive and non-executive roles.

Robbie is Chair of the Trustee Board of The Garden Classroom. 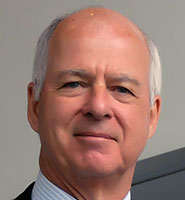