Siri trained as an actress and worked in film, television and theatre for many years.

She went on to get a BA in English Language and Literature and then qualified to be a teacher.

After over ten years in the classroom, and working as a middle leader in primary schools, she is now working for The Garden Classroom (having been a grateful beneficiary of their courses and programmes from the very first year they started!)

Siri has transitioned from super-fan to one of the team. 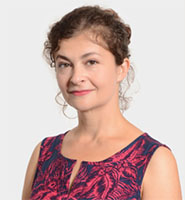